PHARMACIES ‘INUNDATED’ WITH CALLS FOR ASTRAZENECA THEY DON’T HAVE. ‘IT’S INSANE’

SIMCOE-MUSKOKA — Three Muskoka pharmacies were ‘Inundated” with “hundreds of calls” today as the province announced they would be distributing the AstraZeneca vaccine to those aged 55 and older.

But none of them have the vaccine.

In Gravenhurst the province said it would be at the IDA, in Bracebridge at the Rexall and in Huntsville at Shoppers.

In Parry Sound it is to be at the IDA.

She said “people have been calling and coming and asking.”

But she said “we don’t have any and we don’t know when we’ll get it.”

They’re referring people to their website to book an appointment at www.gravenhurstida.medmeapp.ca.

But she said “be patient, it may take time to get on.”

Marley Patchett, her counterpart at the Bracebridge Rexall, said it was same there.

And she also doesn’t know when they will get it.

She, too, doesn’t know when they’ll get it.

But she thinks it will be at least “a couple of weeks.”

Repeated attempts to reach the Shoppers Drug Mart in Huntsville, by MuskokaTODAY.com, were met with busy signals today.

Contact a participating pharmacy near you to book an appointment.

Before you book, you must:

Learn what to expect at the pharmacy. 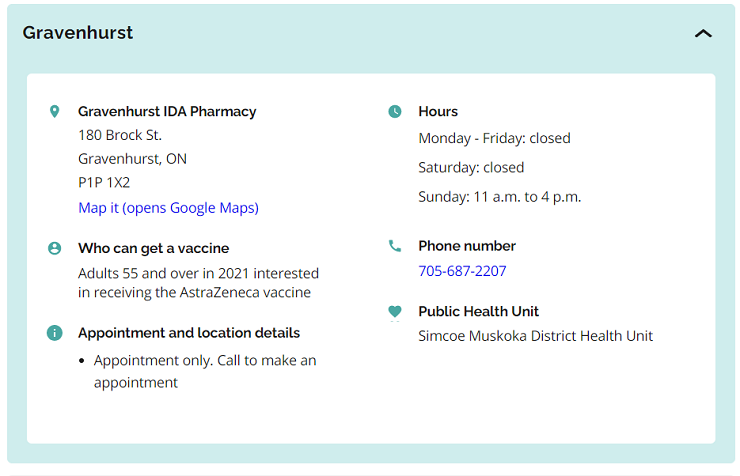 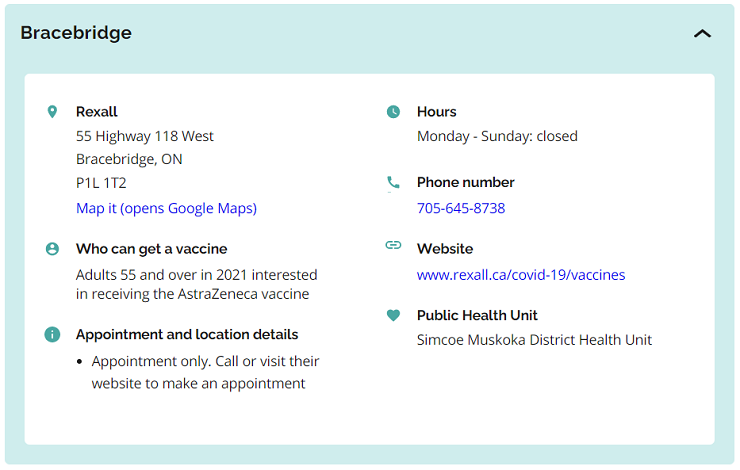 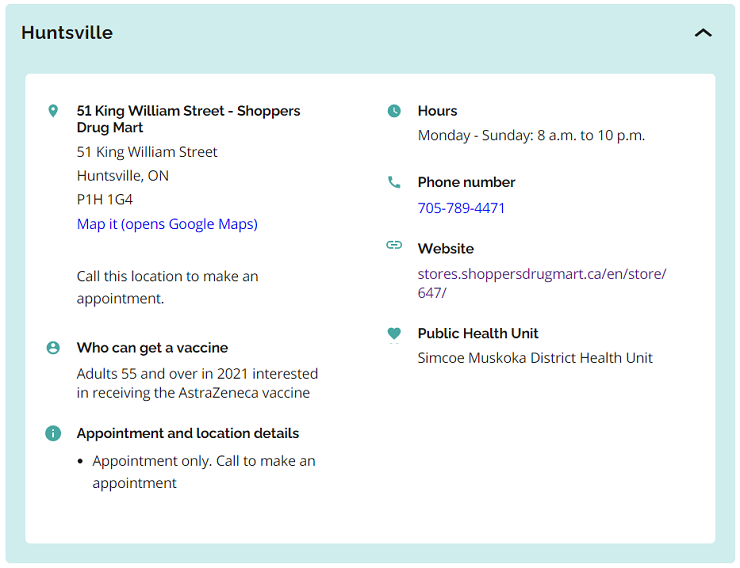 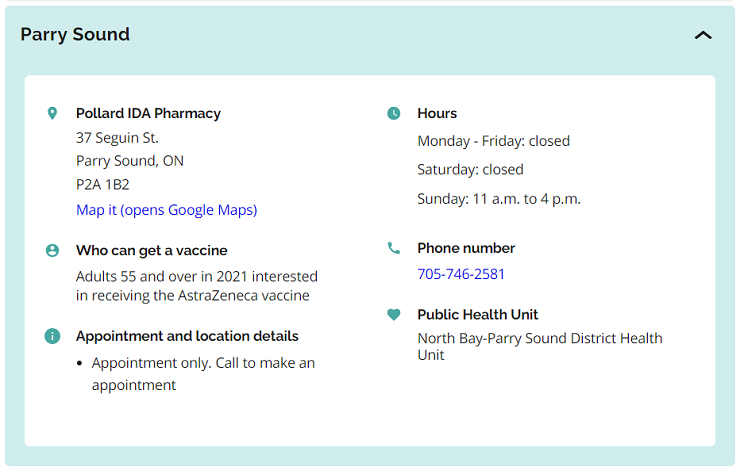